The UFC 260 mixed martial arts tournament took place on March 28 in Las Vegas, Nevada (USA). The heavyweight champion Stipe Miocic of the United States fought the challenger Francis Ngannou of France in the main fight of the tournament.

Stipe was fighting Francis Ngannou in January 2018. Stipe was the underdog, but he won on points. Miocic has a good stance. He mainly uses his hands and sometimes kicks with his feet to win fights. Most of the time, he wins by knockout (15 times). He has never won by painful or choking holds.

Francis Ngannou is the most formidable knockout artist in UFC history. After losses to Stipe Mioic and Derrick Lewis, the Frenchman had four fights where he won by knockouts in the first rounds. Curtis Blades, Kane Velasquez, Junior dos Santos and Jairzinho Rosenstrike all got caught early on. Francis needed only 162 seconds total

UFC hoped to schedule the Francis Ngannou vs. Derrick Lewis 2 fight on Aug. 7, but at this time it is unlikely. There are scheduling conflicts. Nothing has been decided yet, but as far as I know, September is the new target date.

In the event that UFC 265 is headlined by a bout between UFC welterweight champion Amanda Nunes and contender Julianna Pena, it will be possible to speculate about what else would have been scheduled for this card. There are other exciting matches on the schedule including Michael Chiesa vs. Vicente Luque, Jose Aldo vs. Pedro Munoz and Angela Hill vs. Tecia Torres– though of course, fans want their shot at seeing Francis Ngannou clash with Andrei Arlovski in one of the year’s most anticipated heavyweight bouts even more than anything else on offer here.

UFC 266 is on September 25. It will be interesting to see if Ngannou vs. Lewis makes it onto that card, considering UFC bantamweight champion Jan Blachowicz is fighting Glover Teixeira for the title and UFC featherweight champion Alexander Volkanovski is fighting with Brian Ortega.

The fighters walked around the ring and they didn’t punch or fight. They hit each other 31 times for two punches in 15 minutes. In four minutes, Lewis and Cormier fought in the same tournament and they hit each other 54 times. Ngannou only hit 11 times, less than one punch per minute. The fans booed the fighters for five minutes until the referee stopped them to say that they should fight, not play staring games with each other. That doesn’t help either because it still doesn’t make them want to fight each other more instead of just walking around not punching or fighting back at all. 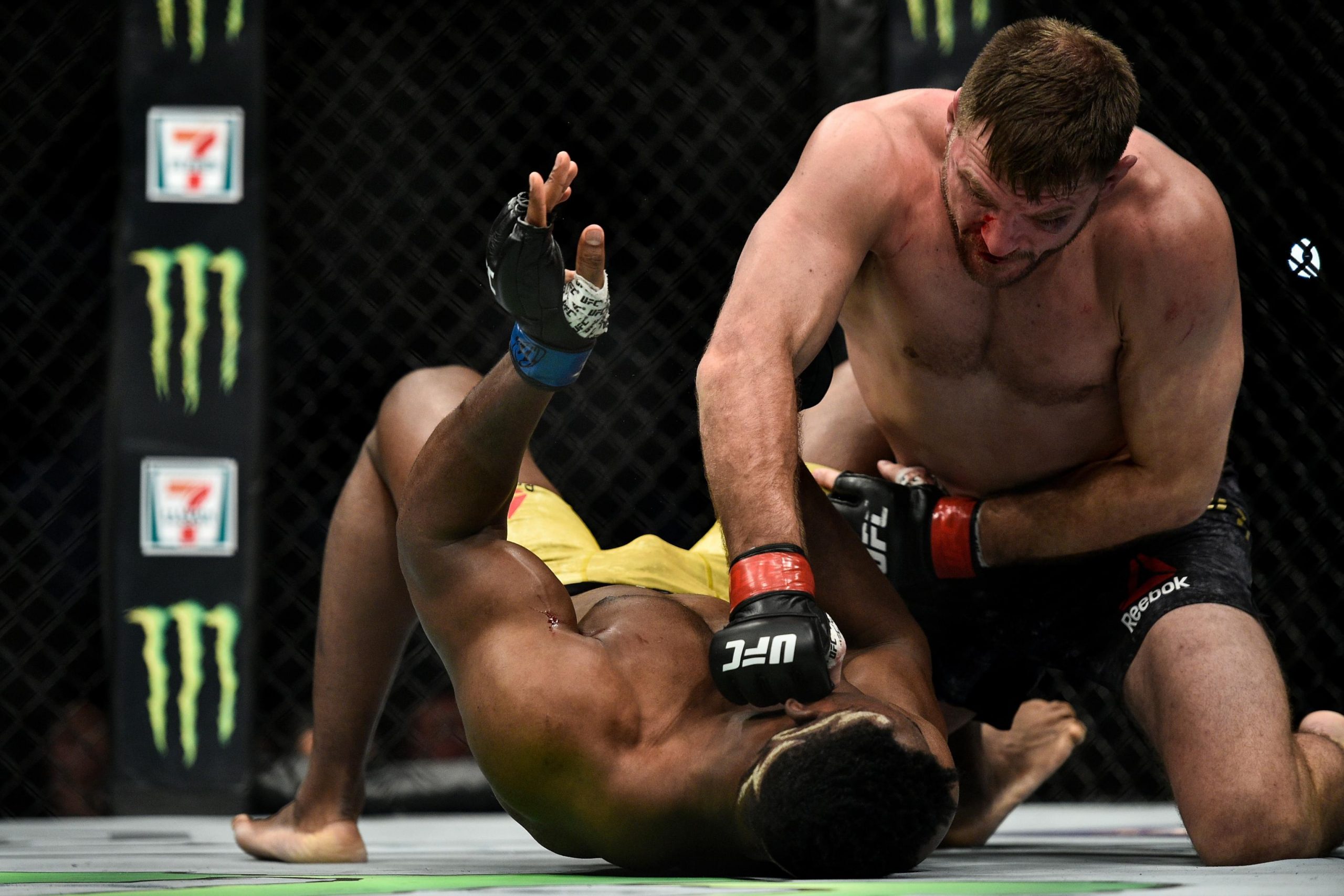 The championship fight was easily won by Lewis as he swung his arms and legs more often than the other competitor. After the match, Lewis did not even speak in typical octagon interviews as there were only questions to ask up if they are swinging their limbs with more vigor. UFC commentator Joe Rogan called it “the worst fight in UFC heavyweight division history.”